Begin typing your search above and press return to search. Press Esc to cancel.

With an overall score above 9, Gnome Serum Full Spectrum Hemp Extract with CBD ranks near the top of this category. A boutique-sized company with less than 10 employees, Gnome Serum is based in New York and manufactures all of their products internally using domestically sourced hemp. 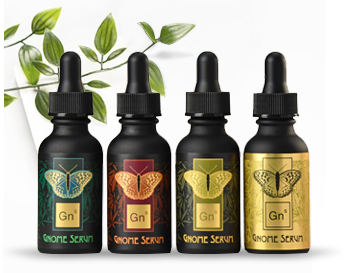 Gnome Serum are true believers in the power of the hemp plant. Their mission is to use the most innovative technology to unlock its amazing diversity of benefits and make them available to elevate mind, body, and life. Each Gnome Serum product is a celebration of their commitment to keeping things simple: essential ingredients in powerful combinations.

Experience one of the purest forms of full-spectrum hemp extract with this powerful tincture. Cannabidiol, terpenes, flavonoids, and no more than 0.3% THC are carefully formulated with Omega-3 from nutrient-rich Ahiflower®. No additives.

As part of our service, we attempt to partner with all the companies that we review, and may get compensated when you click or call them from our site; however, regardless of any current, past, or future financial arrangements, companies listed on Puraphy cannot buy their position, nor do we manipulate or inflate a company's ranking for financial gain. A company’s ranking is based on and calculated by an objective set of ranking criteria, as well as user reviews. For more information on how we rank companies, click here.

All user reviews posted on Puraphy are subject to screening and approval. We reserve the right to approve or deny any review posted to this site in accordance with our Review Guidelines. Puraphy never suppresses user reviews—unless they are being investigated for authenticity, or if they violate our review guidelines. We encourage anyone who suspects a user review to be fraudulent or intentionally inaccurate to please notify us here.

Puraphy only reviews products that are chosen by our staff and can demonstrate quality manufacturing and credible business practices. Each company's ranking is determined by an equation that takes into account the number of reviews, the average score, and objective editorial ranking criteria. We may earn compensation from the links on this page, but compensation is not a factor in product ranking.

Although we cannot moderate all content submitted to this site, we reserve the right to approve or deny any review posted to PuraPhy.com in accordance with our review guidelines.

The hemp or other products on this website are not intended for those under the age of 18, excluding the state of Maine where it is 21+. This site makes no health claims made that are a result of hemp based products or their ingredients. Information on or through this site have not been evaluated by PuraPhy.com or the United States Food and Drug Administration and are not approved to diagnose, treat, cure or prevent disease. Hemp/CBD is not considered a dietary supplement and recommend doses have not been established, Use at your own risk, and monitor any changes you may experience. Consumer reviews are strictly those opinions and experiences of the reviewer, and may not have a foundation based on studies or clinical trials, unless the study or trial is linked to. The information provided on this site is for informational and entertainment purposes only, and is not intended as a substitute for advice from your physician or other health care professional or any information contained on or in any product label or packaging. You should not use the information on this website or on a participating Retailer’s website for diagnosis or treatment of any health problem or for prescription or substitution of any medication or other treatment recommended to you. CBD may cause side effects with your liver or promote suicidal thoughts. You should consult with a healthcare professional before starting any diet, exercise or supplementation program, before taking any medication, before taking any product mentioned or linked to on this website, or if you have or suspect you might have a health problem.